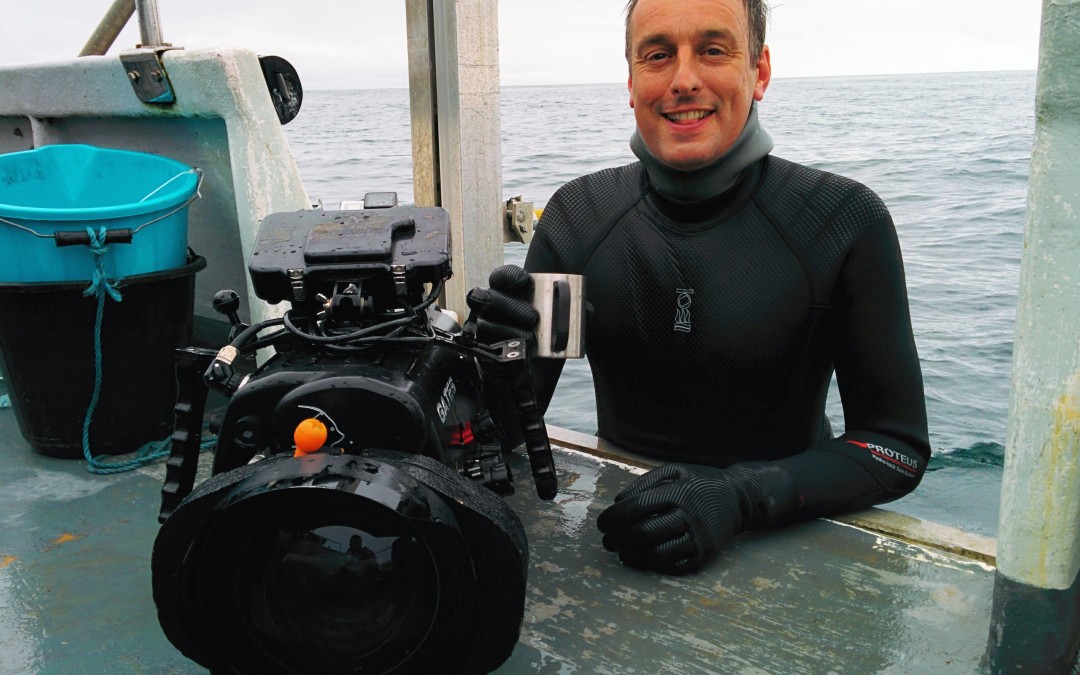 August started with a very interesting shoot on our doorstep for Walkers Crisps, yes Walkers Crisps…. And what do crisps have to do with underwater filming? not a huge amount unfortunately, but I was asked to shoot with a high speed camera from below the surface to capture some ‘watery’ moments for the TV commercial. The most interesting part for me was using the camera itself as I’d never shot with the Phantom 4k Flex camera before and as you can see it’s an impressive piece of kit with an equally impressive long lens for the boat shots!  The guy supplying the camera was from Love High Speed which is a London based company, and 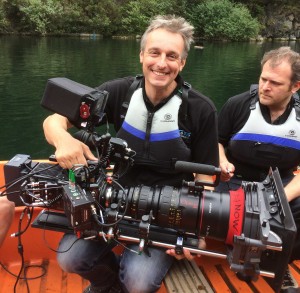 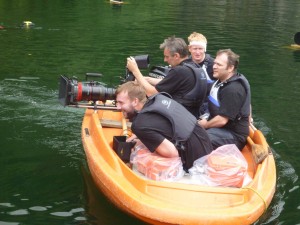 Moving on from our bouncing bag of crisps I decided to embark on some ‘engineering’ work to our underwater LED lights that we bought early on in 2014. A recent cave diving trip to France proved that the lights were just too negatively buoyant in the water, and also quite difficult for the lighting op to use. Cue some careful cutting and glueing to produce buoyancy tubes that allow 2 Orca lights to be mounted and used together on one pole. I tasked Andy Torbet with the job of field testing these lights at the bottom of NDAC quarry in Chepstow and I’m pleased to report they didn’t break or fall apart, result… Now all we need to do now is make some time to return to France and test the lights properly, and here’s 2 photos from earlier on in the year showing the lights in action during a cave dive in France 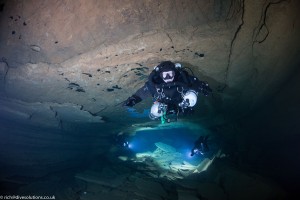 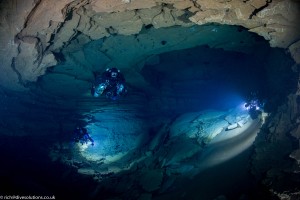 The photo below shows the new configuration for the lights meaning each diver can now hold 2 x Orca lights for a combined output of 40,000 lumens, that should do it! 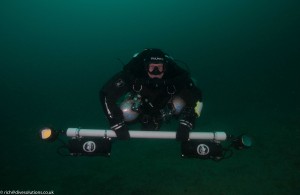 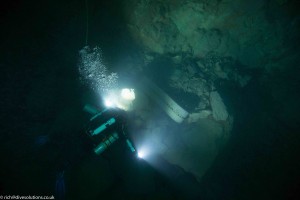 Another piece of class ‘engineering’ by yours truly involved our latest housing for the Alexa Mini camera system. I wanted to see if there was any way of making our manual follow focus gear work with the new housing and after a bit of head scratching, Rob Hill and I came up with the idea of bolting the motor directly onto the manual focus gear that came with the housing, all we need now is a camera from the very nice Arri folk and we are in business. Joking aside I expect to be getting the camera underwater next week to see how it all comes together, in particular I’m very interested to see how the new Atomos Shogun monitor works too that we now have a Nauticam housing for it, bit nerdy this paragraph really…… 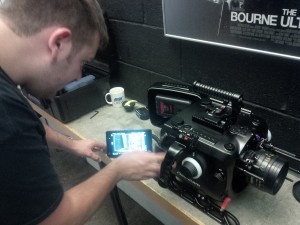 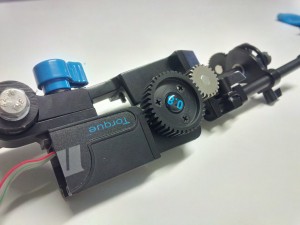 It was time to get working underwater again, so off we went to a shoot on the North Coast of Cornwall with the BBC and Miranda to film Blue Sharks. Now this should be a very interesting piece when it comes out as it involved some fairly radical science with the sharks. I can’t say too much but will pop a post up when it comes out on the telly, definitely worth a watch and could provide some interesting debate. Apart from the pleasure of swimming with the Blue’s (screen grab below) I also had the immense pleasure of working with Chris Lowe again from his boat ‘Atlantic Diver’. I’ve known Chris for the last 15 odd years and it was disappointing to see neither of us are looking any younger, but it was great to share some memories and work together on this shoot. If you’re interested in observing wildlife in a professional manner from the North Devon coastline then get in touch with Chris here please 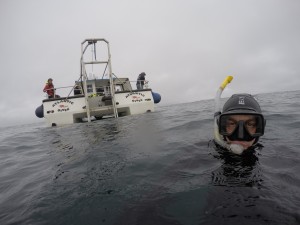 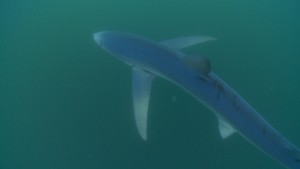 With local filming on my mind, I met up with the Marine Biology Association and the BBC in Plymouth to do some underwater filming supported by the University of Plymouth Dive Team, headed up by an old friend from way back Matt Brown. This is for a new series coming out later this year covering coastal cities around the UK, and it was incredibly satisfying to be working on my doorstep and hopefully representing Plymouth in a good light. We followed 2 of the MBA’s own scientists as they documented kelp growth around the area, and don’t our new OTS Guardian masks look good on camera! (see screen grabs below) 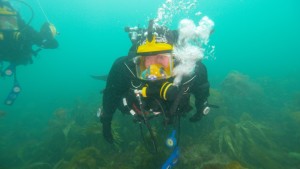 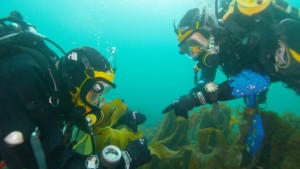 Finally some of my jelly fish footage made the news, here’s the link to the piece written by the Marine Conservation Society, they’ve been seen in record numbers this year especially so on the South Coast, it will be very interesting to see how long they stay around for next year, here’s the link : http://www.bbc.co.uk/news/uk-england-devon-33988083

And that pretty much wraps up August! There was another shoot that should be happening right now as I type but unfortunately it got postponed (again for the 3rd time) into September, so please can everyone pray for good weather in September!

Hope you’ve enjoyed my ramblings for this month, feel free to share with friends and colleagues if you think it’s of any interest and catch up with you soon!